Kayla Walsh: 'When I was very young, I used to tell everyone I wanted to be a typewriter.'

RSVP’s Journalist and Weddings Editor on her second-hand car called Biddy, that it’s ok to make mistakes and how getting nominated for Features Writer of the Year at the National Journalism Awards in 2019 was her greatest achievement to date

Haha, there is really no need to exclude property. The most expensive thing I’ve bought is a second-hand car, which I have named Biddy after her previous owner. Biddy is my pride and joy.

Probably being forced to help my dad on construction sites when I was a teenager. I’m not cut out for a life of manual labour.

When it's safe to do so, what will be the first bar you head to and the first drink you will order?

I’ll be ordering a tasty pint of cider in McGings, my favourite pub in my hometown of Westport.

When we’re finally allowed to go ‘out out’ again, I can’t wait to go to a gig in Whelan’s in Dublin and dance with my friends all night. I really miss dancing.

My mother used to have an old typewriter that I used to love bashing away on, writing absolute nonsense.

When I was very young, I used to tell everyone I wanted to be a typewriter – by which I think I meant a writer who typed things.

I did my work experience at The Mayo News when I was in Transition Year, which is where I really fell in love with journalism.

Instagram, so I can look at pictures of people having fun in Australia and make myself sick with jealousy.

I don’t enjoy Twitter. Why is everyone such a big meanie?

Most overused word or phrase

Career-wise, getting nominated for Features Writer of the Year (Popular) at the National Journalism Awards in 2019 was a huge honour. I didn’t win but it was a major confidence boost for me and great motivation to keep working hard.

I do a very good impression of Arnold Schwarzenegger.

Who would your fantasy dinner guest be and why?

I think it would be fun to spend some time with a fierce gal like Debbie Harry and hear all about her wild life.

When Harry Met Sally is my favourite movie and I’d watch it a million times over. I always bawl at the scene at the end (spoiler alert) when Harry tells Sally all the reasons why he loves her. He loves the crinkle above her nose! I can’t handle it. What a film.

That’s it’s OK to make mistakes! I’ve always had a fear of taking risks in case I fail, but I’m slowly getting better at this…I think.

If I get to choose, then teleportation, because I love travelling and it would save so much time. If it’s like in Misfits where your superpower reflects your personality, probably the ability to…annoy people to death by singing?

I love the aesthetic and the music of the 60s, and sometimes I think it would have been fun to hang around London or New York at that time. But then I watch Mad Men and I remember all the misogyny and racism and I come to my senses.

I think I’d just go back to 2019, before the pandemic, when I was allowed to go beyond 5km from my home and see my friends. What a time to be alive.

Visiting Cuba, Morocco and Bali, but much like Paul Mescal in the Denny ad, I’d settle for Ballyhaunis at this stage.

To the audience: You should make RSVP Live and RSVP Magazine a part of your day because…we cover the issues Irish women really care about, from parenting to health, and have our finger on the pulse when it comes to all things showbiz and TV. 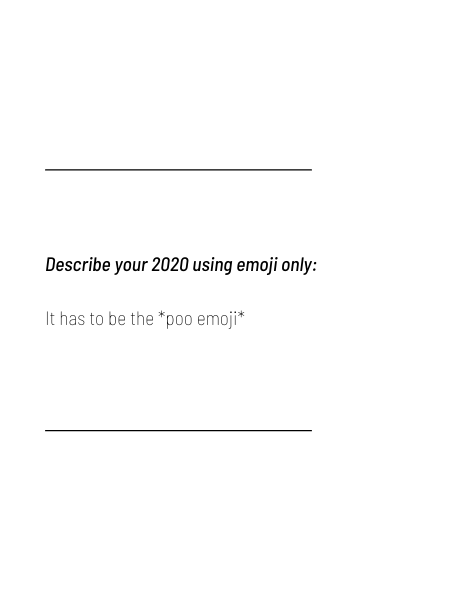