Judges were full of praise for our colleagues, saying they “could only imagine the lightbulb moment” when the team at the Irish Daily Star came up with the headline "Caéd Míle Pfizer", as well as saying “the last couple of years have been really challenging for sports writing, but the standard remains really high and this year was really competitive” when announcing Kieran Cunningham’s win. 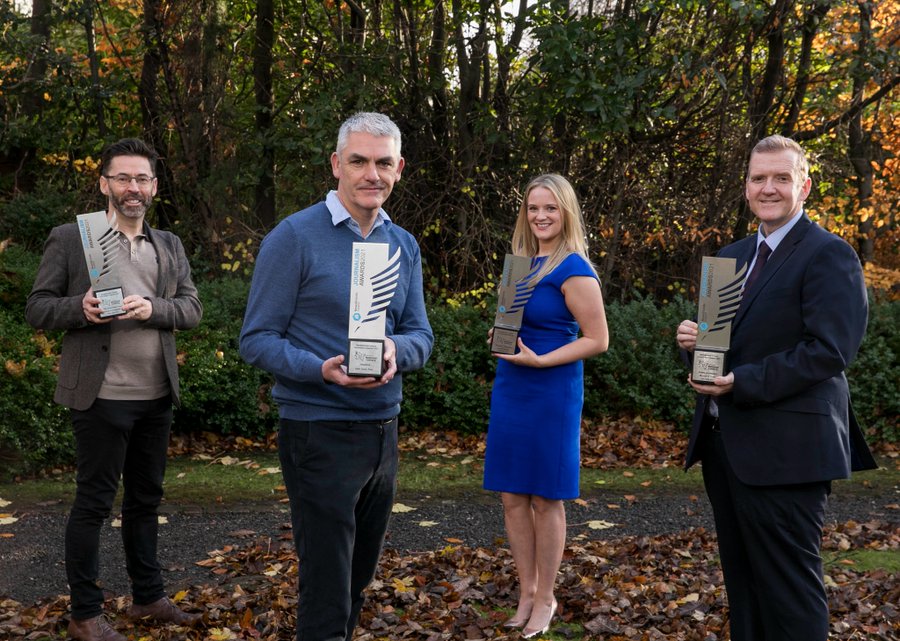 Naming Michael O’Toole as Crime Journalist of the Year, the judges rained praise down on him, saying: “Being chosen by your peers as the best in your area of expertise is the ultimate validation of your work, and this year’s winner has had a spectacular year, even by his own high standards. But the truth is that he has been hitting these heights throughout his long career as a crime reporter, confronting the criminals, getting behind the story.

“And, as a criminologist, he also digs deeper, analysing the cause and effect of crime, opening a window for the readers into a world which they would otherwise know little about.

“Our winner has shown bravery to confront one of Ireland’s most notorious criminals in his own patch, but he has also led the way with developments on the biggest-running crime story in the country and came up with an exclusive on a scandal which rocked the political foundations, just for good measure.

“Through a distinguished career he has never taken the easy route, but in every story he displays a singular knowledge and a passion for his subject.”

Announcing Sandra Mallon’s win, the judges said: “The winner of showbiz journalist of the year managed to not only keep the show on the road during challenging times but she provided stories worthy of a splash on more than one occasion - a feat for any showbiz story.

“Her interview with Emma English, former flame of (ex-FAI boss) John Delaney, was a particularly entertaining and well-constructed piece of showbiz journalism which demonstrated a keen appreciation for public interest in the love lives and egos of high-profile people like the former FAI chief.”

Well done to all our winners!

You can watch the whole ceremony and see all of the winners here.